There are dozens of reasons why we're proud to call Indianapolis home. Listed below--in no particular order--are our Top 10!

Manageable Traffic
The average commute time in the nation is 24 minutes. The average for Indianapolis is only 21 minutes, according to US Census statistics. 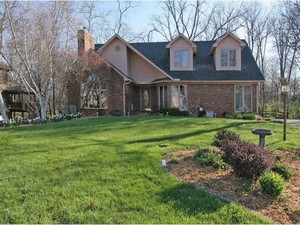 Reasonably Priced Housing
Indianapolis is consistently named as one of the most affordable housing markets in the country.

Indianapolis Greenways and Parks
More than 188 parks and seven major bike/pedestrian trails are located in Marion County alone.  The Monon Trail starts downtown and continues north all the way to Carmel.  The White River Wapahani Trail is the longest trail in Central Indiana, and covers 27 miles tracing the White River.  Indianapolis parks offer tons of green space for recreation, relaxation, and a whole lot of fun!

Indiana State Fair
Every August, Hoosiers from around the state travel to Indianapolis to partake in the festivities in the Indiana State Fair.  The 150-year-old tradition offers something for everyone, including carnival rides, yummy treats, 4-H competitions, and big name concerts.  For extra fun, try riding the train from the Fishers Station to the fairgrounds!

Monument Circle
The towering limestone and bronze statue at the intersection of Meridian and Market streets is a downtown Indianapolis landmark.  This memorial statue of Indiana pre- World War I war heroes gives a spectacular view of the city and is the site of many festivals and celebrations throughout the year.

Museums of Indianapolis
The city is home to several unique museums showcasing everything from American Indian artifacts to modern art to sports and more!  The Indianapolis Children´s Museum, the largest of its kind in the country, spreads out over 14 acres of land and is filled with tons of hands-on activities for kids of all ages.  The beautifully renovated Indianapolis Art Museum has displays for all tastes from French impressionists to classic Asian art!

White River State Park & Indianapolis Zoo
Located on the banks of the White River, this facility is the only nationally-recognized zoo, botanical garden, and aquarium in one.  Pathways through the gardens allow you to experience the beauty of more than 1,000 different plant and butterfly species.  New additions to the zoo and aquarium include an underwater dolphin viewing area and a pack of meerkats in the desert dome.

A Change of Seasons
All four seasons are represented in Indianapolis, sometimes all in one day! Each season is accompanied by local festivals, events, and traditions.